Hi, what are you looking for?

recently in the last week BMC demolished kangana ranauts property in palli hills in Mumbai.  soul reason was because kangana slammed maha govt on social platform about their unworthiness.

she called maha state as PoK which went on very viral. which has brought shame to maha govt, specifically shiv sena and the Thackeray’s. kangana has also made a statement “death of democracy” in maha state.

famous Bollywood actress shamita shetty has also made a tweet on death of democracy which went viral. she says every citizen has the right to freedom and speech, which no longer exists in maha state under Thackeray govt.

this is no longer a democracy but the rule of goondaism, which was a slamming statement to shiv sena. she says Mumbai which was once felt safe now no longer is safe. 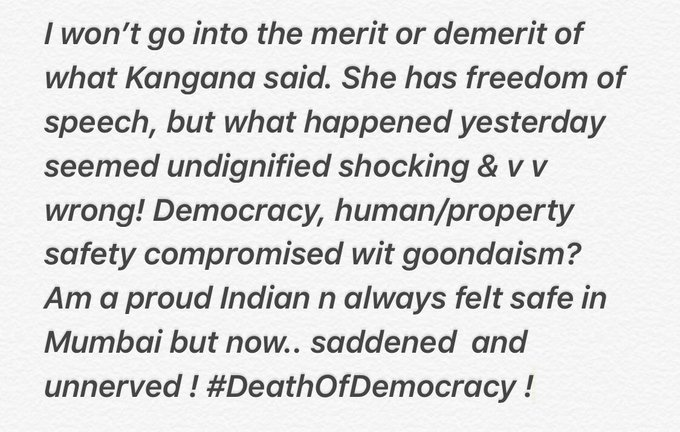 statement made by shamita shetty on tweeter.

In this article:on death of democracy, shamita shetty, trending tweet